Special machine manufacturer Komptech, headquartered in Frohnleiten, Austria, relies on electronic 3D spare parts catalogs for its services. The company generates further benefits with 3D catalogs for internal operations, such as assembly and production, as CATALOGcreator® serves as a central information portal for the machines. 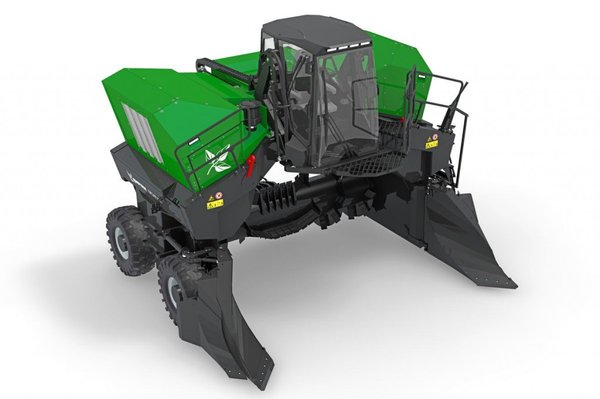 Komptech is a leading international technology supplier of machinery and systems for the mechanical and mechanical-biological treatment of solid waste, and for the treatment of woody biomass as a renewable energy source. Production is located at the main site in Austria, as well as in Germany and Slovenia. Today, the Komptech Group with its worldwide distribution partners manages more than 3,000 customers in nearly 60 countries.

Previously, the expense for creating spare parts lists was rather high at Komptech. After exporting the BOM (bill of materials) from the ERP system, employees had to create all exploded drawings of the products by hand. This process required approximately ten weeks per engine. When the spare parts lists were finally completed, they were occasionally already out of date. This ongoing maintenance of spare parts lists proved very troublesome.

Overall, they managed spare parts catalogs for five different types of engines. The spare parts catalog in PDF format contained the maximum BOM and did not reflect the engine variants that were in use at the customer sites. Thus, incorrect spare parts orders were daily routine.

"We were looking for a spare parts catalog software that largely automated the creation of spare parts catalogs so it would always provide the current data. Other selection criteria were the integration of assembly instructions and hydraulics / wiring diagrams in the electronic spare parts catalog," explained Stefan Gruber-Barowitsch, Head of Technical Documentation at Komptech.

In an advanced selection process, CATALOGcreator® was among the last two options. Stefan Gruber-Barowitsch explained the decision for this software, saying "The other vendor just offered us the prospect of developing features that were crucial to us, while at CATALOGcreator® all our must-haves were already contained in the standard and were fully functional. We were highly impressed that in the decision phase we were able to test a demo catalog with our own data. We especially enjoyed from the outset the options of creating assembly instructions in 3D using XVL Studio, and to integrate them in the catalog."

„We were highly impressed that in the decision phase we were able to test a demo catalog with our own data.“

In 2013 Komptech introduced the new ERP software from SAP. As part of this implementation the CATALOGcreator® project was initiated. The software for electronic spare parts catalogs uses the BOM, other ERP data, and the drawing data from engineering to merge this information into the catalog and publish it to various media.

Along with the machine, customers receive a USB stick containing the CATALOGcreator® offline spare parts catalog, thus immediately providing them with access to all the information. Apart from the pure spare parts search and parts identification, other important information is included in the catalog, such as assembly instructions and circuit diagrams.

Because some customers continue to enjoy a pure 2D catalog in PDF format with high quality drawings, a special feature of this project, Komptech still produces some manual 2D drawings. However, the effort is negligible compared to the initial production prior to the introduction of the electronic spare parts catalog software.

Not only customers benefit from the new solution, but also Komptech itself where important internal processes could be optimized. Each PC workstation in assembly and production now has access to the electronic catalog. Mechanics check and control the machines using 3D models. At the machine they have immediate access to all information about parts, the circuit diagrams and the installation situation.

With the help of 3D parts catalogs it is also possible to identify missing parts very easily in the assembly. Queries from internal engineering divisions, which were previously commonplace and time consuming, have become obsolete. Information on missing parts, now collected centrally in the departments, provides important metrics for analysis and quality assurance.

"CATALOGcreator® is used at Komptech as an information and service portal where we centrally maintain all information about our machines. What was originally intended as a benefit for our customers is now also internally an integral part of our work environment. The software solution is a tool that everybody likes to use. And this constantly improves our processes," explained Stefan Gruber-Barowitsch.

The upgrade to the new CATALOGcreator® version is planned for summer 2016. With the new version, internal users will also have access to role-based SAP data. The objective is to optimize the growing amount of information around the machines in a user-specific way.

Furthermore, it has been discussed to integrate content directly from the XML editing and content management system SCHEMA ST4 in the mobile application instead of using the PDF documents included in the catalog. The often sizable PDF files are then to be replaced by a taxonomy at the assembly level, thus fulfilling the provisions of a purely BOM-based documentation.

The content will only be displayed if the module is actually installed on the machine of the customer. The HTML5 pages with specific information and vector graphics in SVG format will offer the advantage of much shorter loading times compared to the overall documentation loaded as a PDF file. Such web-savvy output formats are an important prerequisite for the use and acceptance of mobile apps and applications.

Stefan Gruber-Barowitsch summarized the cooperation with TID Informatik, saying "We appreciate the TID team's belief that 'nothing is impossible.’ This solution-oriented thinking sets them apart from the others. It's great fun to work with such an innovative company. TID is a factory for customer ideas that keeps developing and realizing new approaches during the project. We will definitely continue our cooperation in the future."

„We appreciate the TID team’s belief that ‘nothing is impossible.’ This solution-oriented thinking sets them apart from the others. [...]“

You would also like to implement an aftersales project?