SCHEMA ST4 increases the level of reuse at SEW-Eurodrive

16,000 employees all over the world work on the development and production of drive solutions for conveyor belts, beverage bottling systems, rooftops for sports stadiums, gravel plants or assembly lines or processes in the chemical industry. With a turnover of 2.6 billion Euro (2015/2015), as well as assembly plants and establishments in 48 countries, SEW-EURODRIVE has become a market leader in the sector of drive automation. Depending on the requirement or the sector, SEW-EURODRIVE provides individual solutions from a comprehensive tool box that comprises geared motors and frequency inverters, Servo motor systems, decentralized drive systems and industrial gear boxes.

Even though it was never calculated in euro or cent, one can still say that for the same costs more translations and more language circles can be handled. Meanwhile, the editing durations have decreased and the level of reuse of documents has increased, without needing more resources. The documentation of SEW-EURODRIVE has been already available on the internet since 1998. The magnitude of the uploaded documents is of approximately 1,200 per calendar year, with a fluctuating size of 50-900 pages and an average of 150 pages per document, including reviews. Legal security, customer loyalty and distinctiveness from competitors One of the broader project goals of SEW-EURODRIVE was to use the technical documentation in the framework of service orientation and Time-to-Market for the strengthening of their own market position. Achieving this was definitely easier with SCHEMA ST4. In this manner for example, a library is built from the collection of warning messages, in order to expand the internal standards for the technical documentation with a matrix for danger analyses. This is, alongside the international requirements for legal security and accountability of the documentation, an essential additional use of the system. The numerous positive feedbacks from the customers show that the operating manuals themselves correspond to the high standards of the products. This quality was confirmed within the framework of DocCert. The certificate which originated from TÜV SÜD in 1993 guarantees a user-friendly, comprehensible and most importantly, safe technical documentation. The label is now also valid for the documentation of SEW-EURODRIVE, which was also tested live by users and was found to be good. 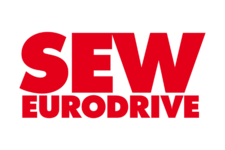